An act of triumph is a term Pierre Janet coined, and later, Peter Levine and Pat Ogden often use this concept in Somatic Experience and Sensorimotor work. This term is used to reference a trauma or event where the body needed to engage in an act of defense or a way of protecting itself, and couldn’t. 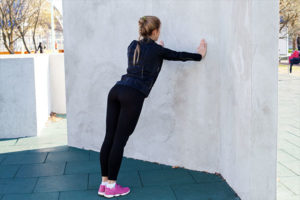 This is because past events get trapped in the body and play themselves out with intrusive images, thoughts, tension, panic, unhealthy relationships and a feeling of sadness or despair.

For example, if you had been stuck in a situation and needed to get away, but couldn’t, in somatic therapy would help you slowly drop into the sensation of the event that happened; without going into too much talking about it – but letting the body go back to what it experienced. We then try an experiment where the body does what it needed to do- so you may move your feet as if you’re beginning to walk or run out, or reach out to someone who could have taken that part of you out of the difficult, or even dangerous, situation.

If you go through the motion as you get a surge of feeling, then mindfully describe all the feelings, it prevents the sub-cortical explosion which is the usual response but in this case the cortex stays online and the frontal lobes stay online. This keeps the brain integrating the experience rather than dissociating into the sub-cortical brain. And it keeps the social engagement online which helps keep the rage under control and the integration of the brain in relation to the experience.

Another act of triumph may be to push against a pillow, or a wall, feeling the strength in your arms, being able to set a boundary or say “no” to whatever it is that you needed to stop at some point in the past, but couldn’t because you didn’t have the strength, it would have been dangerous or you didn’t know how. Even though you are no longer in the situation, the cells in your body are still connected to that event, and when you engage in an act of triumph, the body often experiences a deep sense of calm and relief on a cellular level that it had not experienced by simply talking about the event.